What They Don’t Know Will Hurt Them 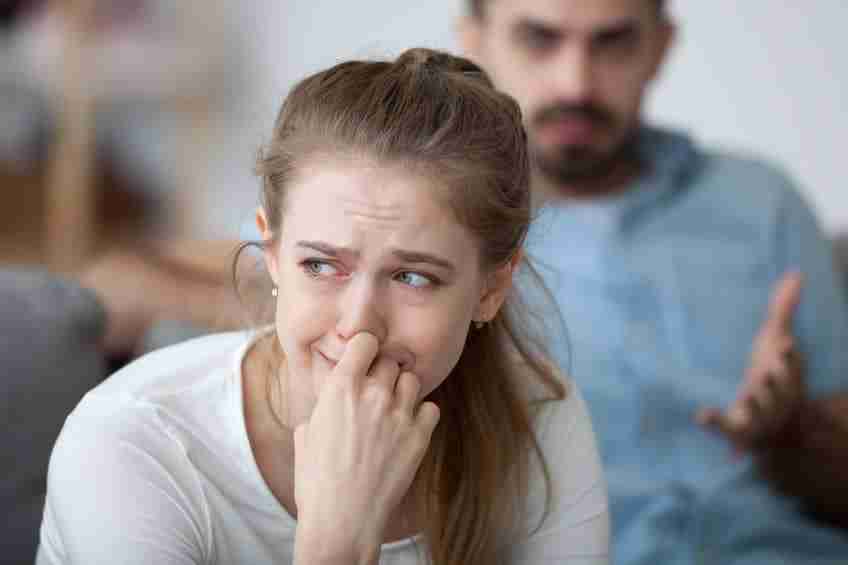 This article is reprinted from The Institute of Sexual Health, “What They Don’t Know Will Hurt Them: The Hidden Dangers of Sexual Secrets” by Dr. Omar Minwalla|

When it comes to understanding the harm caused by cheating, infidelity, and deceptive sexuality or relationships, people often tend to focus exclusively on the specific sexual or romantic behaviors that occur in these situations.

…But what about the negative consequences that result from the creation and maintenance of a secret, sexual world…one that is kept tucked away and hidden from the relationship?

…What happens when one person in the relationship engages in pervasive patterns of deceptive tactics and psychological manipulation over the course of months, or even years?

In fact, the creation and maintenance of a deceptive, compartmentalized sexual-relational reality is often just as harmful, if not more so, than the actual sexual behaviors themselves.

But one of the most common rationalizations used by partners with a secret sexual life for keeping their behaviors to themselves is something along the lines of: “What they don’t know won’t hurt them.”

Six Reasons This Justification is Not True

In order to protect and maintain a secret sexual life, perpetrators often employ various deceptive and defensive tactics, including ongoing patterns of:

These types of behaviors represent a dangerous form of emotional and psychological abuse that can lead to both short- and long-term emotional and psychological harm. Partners in these types of situations are likely to detect (consciously or subconsciously) threats in their environment, which leads to feelings of confusion and chaos. Furthermore, because these individuals often aren’t sure of where these feelings are originating from, they learn (over time) to distrust and ignore their healthy survival gut instincts and eventually may become generally hyper-vigilant and distrusting.

#2: Sexual Secrets Erode the Integrity of the Relationship

Healthy relationships are built on a foundation of integrity and truth that provide their members with feelings of psychological safety and stability. Sexual secrets and ongoing deceptive behaviors inevitably corrupt relationships by destroying these vital concepts of integrity and truth. The litany of lies required to maintain a secret sexual life toxically combine to create a relational system that is built on falsities and untruths. This leaves no room for integrity, no space for trust, and no chance for the growth of a solid, healthy relationship.

#3: Sexual Secrets Divert Attention Away From the Relationship

Creating and maintaining a secret sexual or relational life while in an intimate partnership takes away time, energy, attention, intimacy, emotions, and relational (and even financial) investment from the relationship. As a result, the partner who is unaware of what’s going on is left without the attention and nurturing that they deserve. On top of this, they are likely to feel confused and anxious as to why their partner is withdrawn and unavailable. These feelings are not exclusive to the partners themselves. Having a secret sexual life can also rob children of the parental attention, time, nurturance, and devotion that play such a key role in their health and development.

People who engage in secret sexual lives often need some sort of justification or rationalization in order to continue developing and maintaining their hidden worlds. It’s just much “easier” to engage in deceitful and hurtful behaviors if you perceive the “fault” as stemming from the person that you’re hurting or a diminished relationship. Unfortunately, these justifications/rationalizations often come at the expense of the unknowing partner. In such cases, the partner is blamed by the abuser for problems in the relationship that were actually more likely caused by the secret-keeping and the covert behaviors (in other words, by the perpetrator themselves). Because the abuser is unable to contain and contend with these types of negative attributions and emotions, they project them onto their partner and, as a result, feel justified in continuing their secretive and hurtful behaviors. Sadly, in the process, they also effectively erode their partner’s sense of self-esteem, connection, and intimacy.

#5: Sexual Secrets are a Covert Form of Dominance and Control

People who hold sexual secrets and maintain a deceptive sexual reality and life while pretending to be in a honest relationship or family system are engaging in a form of abusive covert dominance and control. They essentially dehumanize their partners by withholding important information from them that would be essential for their basic navigation around survival and health. They effectively strip away their partner’s ability to truly understand key aspects of their intimate relationship, along with their power to advocate for themselves and to make healthy and self-protective decisions. Abusers who hold sexual secrets prevent their partners from taking action based on truth and reality, and ultimately keep them paralyzed in a destructive pattern of uninformed immobility.

Deceptive, compartmentalized sexual-relational realities are often associated with serious and potentially life-threatening risks, both for the abusers and the unknowing partners as well as their loved ones and family members. Potentially hurtful and destructive risks taken on solely by abusers, without knowledge of, or consent from, their partners, may lead to immediate danger and/or long-term damage. Risks may include engaging in unprotected sex that goes uncommunicated. Or the creation of situations that could lead to other individuals’ vengeful violence. Or retributive behaviors such as stalking or acting out on social media. Secret sexual lives ultimately create the risk of eventual separation or divorce. Each of these risks is associated with heightened potential for negative and traumatic experiences that will impact all persons involved in the relationship, including the couple’s children and other family members.

There are many people who feel entitled or justified in creating and maintaining a deceptive, compartmentalized sexual or relational reality while in an intimate partnership or family system. Probably the most common myth that perpetuates their justification for keeping sexual secrets is the idea that “What they don’t know won’t hurt them.”

In reality, the patterns of deception, covering up, and psychological manipulation associated with secret sexual behaviors constitute a serious form of emotional, psychological, and relational abuse that is often not recognized or considered in our society. It is time that it becomes just as common to recognize and understand clearly that “What they don’t know will hurt them.”